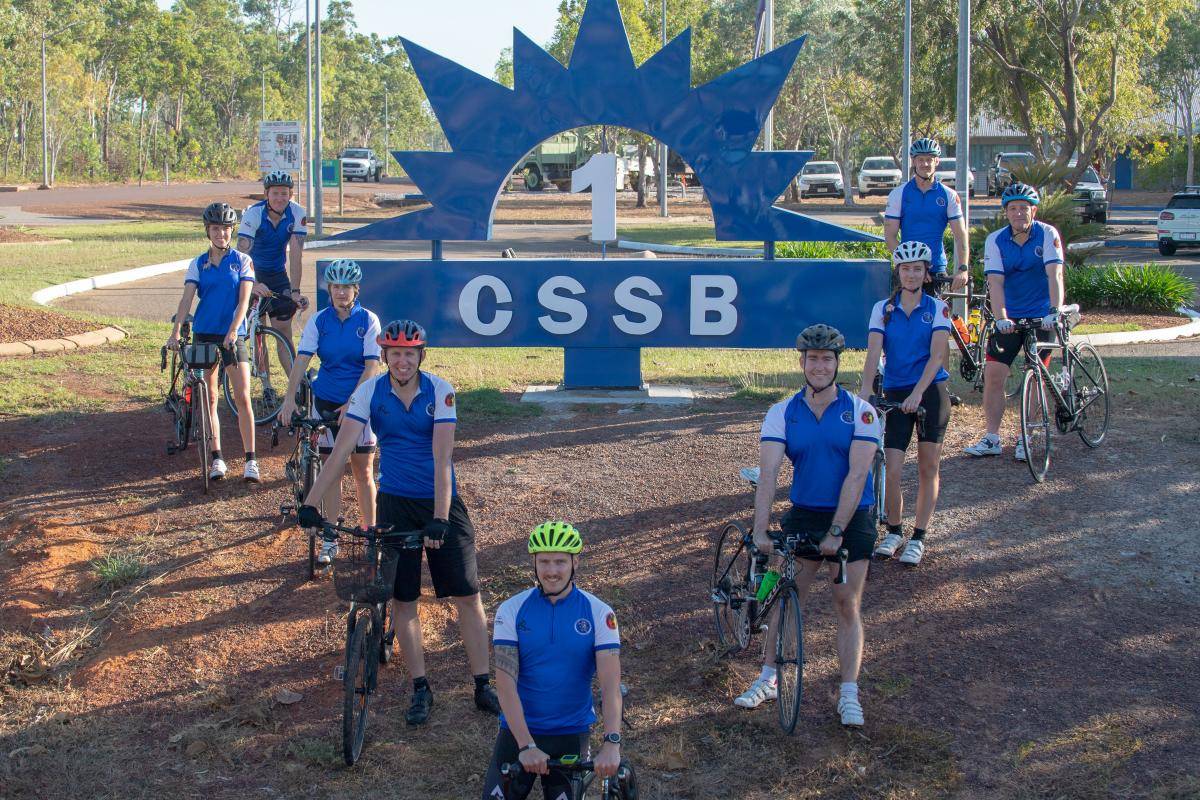 Some of Darwin’s fittest soldiers will push their legs to the limit as they cycle 1,200 km to help Australians affected by cancer.

10 soldiers from 1st Combat Service Support Battalion (1 CSSB) will pedal from Darwin to Kakadu, Pine Creek, Litchfield and Berry Springs, returning to Darwin after a week.

Additionally, the team will seek to raise awareness and funds for the Cancer Council.

Team leader and event organiser Corporal Levi Winman said this initiative was close to his heart, with his mother diagnosed with cervical cancer in 2019.

“My mother had always been my rock and number one supporter,” Corporal Winman said.

“When this happened I felt helpless and lost.

“I wanted to make a difference and raise awareness for such a great organisation that helps our community.”

“Our people are encouraged to look for opportunities to support the community and find ways to give back,” Lieutenant Colonel Wright said.

I wanted to make a difference and raise awareness for such a great organisation that helps our community.

With Lieutenant Colonel Wright’s mother currently fighting breast cancer, he acknowledged how the Cancer Council provides invaluable support to individuals and their families affected by the disease.

Cancer Council CEO Tanya Izod said all donations and greater awareness of cancer issues goes a long way to supporting those with cancer.

“Having the support of the Australian Army is amazing,” Ms Izod said.

“All funds raised will be used in the Northern Territory to support families affected by cancer.”

Lorraine Currie, Corporal Winman’s mother, said the last few years have been tough but the support she received from the Cancer Council has been wonderful.

“I was so proud to hear what Levi was doing to support such a great organisation and raise awareness in honour of me and other people who have suffered from cancer,” Mrs Currie said.

Corporal Winman and his team have begun preparing and fundraising for the gruelling ride in July.

“Any donation, no matter how small goes a long way to raising awareness and support to the local community and all those who have been affected by cancer,” Corporal Winman said.

To help their cycling comrades, 1 CSSB soldiers will hold a series of fundraising efforts in the Darwin local community during the weeks leading up to the event.

The team will continue to train six days a week to be ready for the ride and will be seeking donations for the Cancer Council through a GoFundMe page. 1CSSB