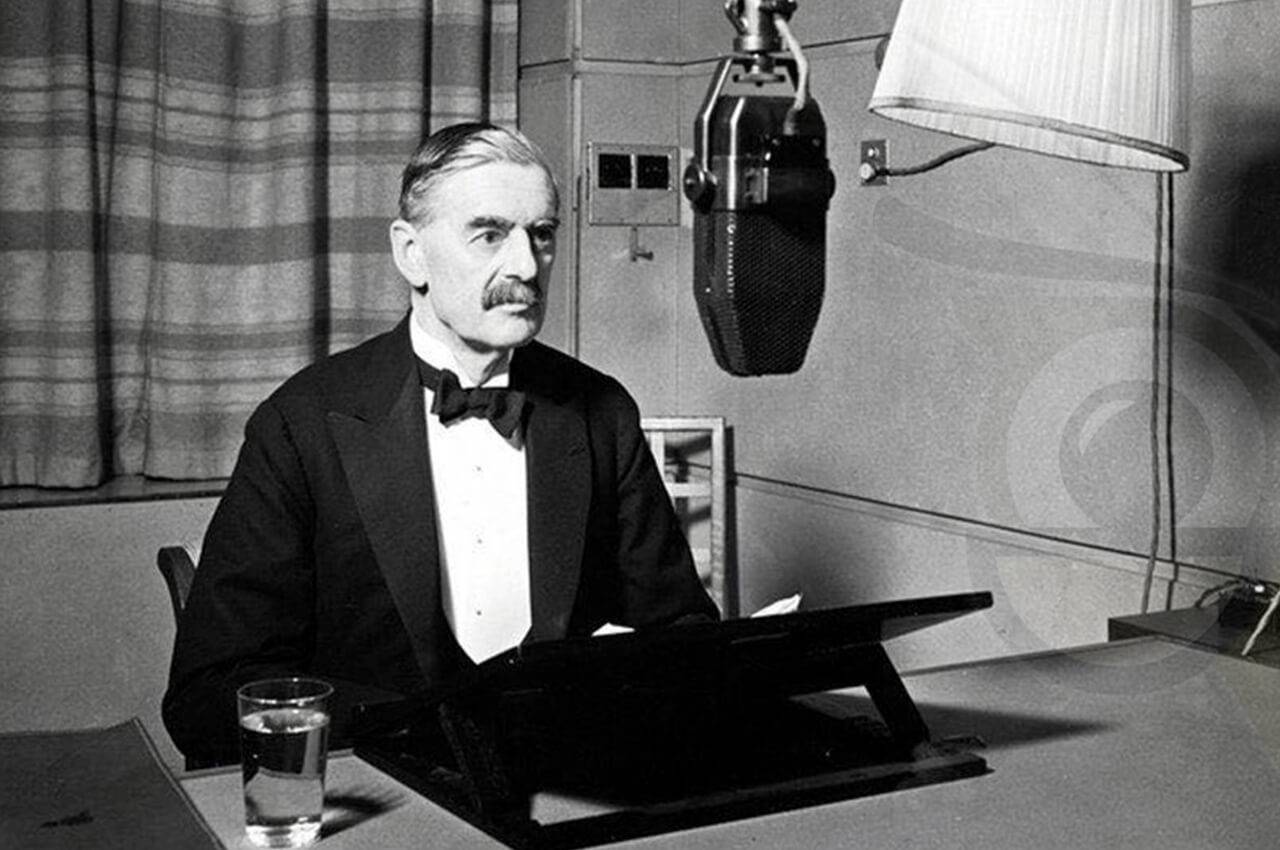 3 SEP 1939: World War II and Britain, France, Australia, and New Zealand declare war on Germany. The German invasion of Poland led to the declaration of war against Germany by the United Kingdom and France and began the Second World War. Approaching defeat in the First World War, Germany signed the First Armistice at Compiègne on 11 November 1918 as a practical end to hostilities with France, the British Empire (including Australia and New Zealand), and the United States.

Over six months later, on 28 June 1919, Germany signed the Treaty of Versailles, a peace treaty which formally ended the state of war.

At the time of the armistice, the Emperor of Germany abdicated and what became known as the Weimar Republic was established in Germany.

The transition from monarchy to republic was difficult, and many in the new government were not used to a democratic system of government.

The officer class gave little support to the Republic, and Germany was having to pay reparations, borrowing money from the United States and others.

In 1933, Adolf Hitler became Chancellor of the Reich. Hitler quickly turned the government into a dictatorship. After five years in power, Hitler annexed Austria into Germany, despite such an act being banned by both the Treaty of Saint-Germain-en-Laye and the Treaty of Versailles.

In early November 1938, the First Vienna Award was signed, allowing Germany to seize the Sudetenland, a German-speaking area of Czechoslovakia. Soon after, Germany invaded the rest of Czechoslovakia and also gained Memelland through the 1939 German ultimatum to Lithuania.

Hitler still wanted more, to create Lebensraum, or “living space”, for Germany. Two Western powers, the United Kingdom and France, gave guarantees to Poland that they would declare war if it were invaded by Germany.

Although they honoured these guarantees by declaring war soon after Germany’s Invasion of Poland on 1 September 1939, and although the Dominions of the British Empire quickly followed suit, so little practical assistance was given to Poland, which was soon defeated, that in its early stages the war declared by Britain and France was described as a Phoney War.

British PM Neville Chamberlain’s announcement: “I am speaking to you from the Cabinet Room at 10, Downing Street.

This morning the British Ambassador in Berlin [Nevile Henderson] handed the German Government a final note stating that unless we heard from them by 11 o’clock, that they were prepared at once to withdraw their troops from Poland, that a state of war would exist between us.

I have to tell you now that no such undertaking has been received, and that consequently this country is at war with Germany.

You can imagine what a bitter blow it is to me that all my long struggle to win peace has failed. Yet I cannot believe that there is anything more or anything different that I could have done and that would have been more successful.

Up to the very last it would have been quite possible to have arranged a peaceful and honourable settlement between Germany and Poland, but Hitler would not have it.

He had evidently made up his mind to attack Poland whatever happened; and although he now says he put forward reasonable proposals which were rejected by the Poles, that is not a true statement.

The proposals were never shown to the Poles nor to us; and though they were announced in a German broadcast on Thursday night, Hitler did not wait to hear comments on them, but ordered his troops to cross the Polish frontier the next morning.

His action shows convincingly that there is no chance of expecting that this man will ever give up his practice of using force to gain his will. He can only be stopped by force.

We and France are today, in fulfilment of our obligations, going to the aid of Poland, who is so bravely resisting this wicked and unprovoked attack upon her people.

We have a clear conscience. We have done all that any country could do to establish peace. The situation in which no word given by Germany’s ruler could be trusted and no people or country could feel itself safe has become intolerable.

And now that we have resolved to finish it, I know that you will all play your part with calmness and courage.

At such a moment as this the assurances of support that we have received from the Empire are a source of profound encouragement to us.

When I have finished speaking certain detailed announcements will be made on behalf of the Government. Give these your closest attention.

The Government have made plans under which it will be possible to carry on the work of the nation in the days of stress and strain that may be ahead. But these plans need your help.

You may be taking part in the fighting Services or as a volunteer in one of the branches of civil defence. If so you will report for duty in accordance with the instructions you have received.

You may be engaged in work essential to the prosecution of war for the maintenance of the life of the people – in factories, in transport, in public utility concerns or in the supply of other necessaries of life. If so, it is of vital importance that you should carry on with your jobs.

Now may God bless you all. May He defend the right. It is the evil things that we shall be fighting against – brute force, bad faith, injustice, oppression and persecution – and against them I am certain that the right will prevail.”

Photo: Declaration of war. PM Neville Chamberlain announces on BBC Radio that Britain is at war with Germany. More; http://ow.ly/RGmHK