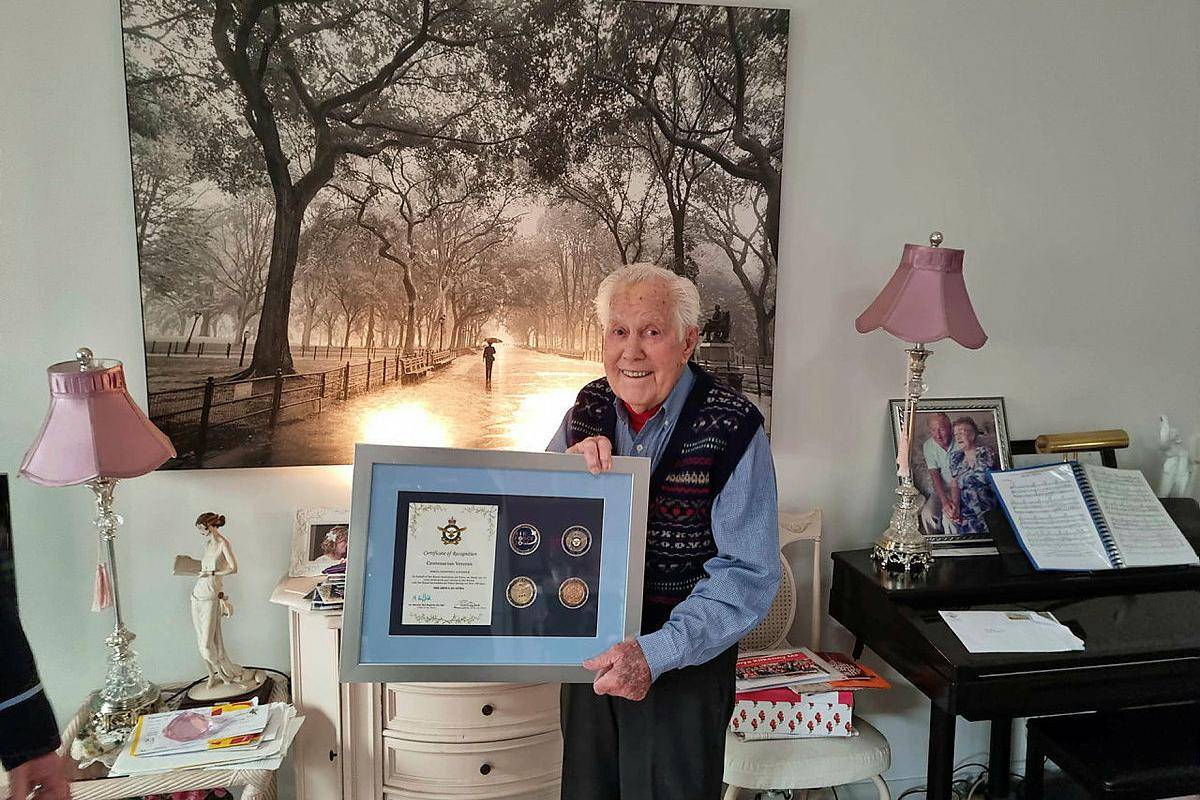 Mr Bydder turned 100 on May 13 and is the fourth centenarian to be recognised in Victoria in the year of Air Force’s 100th anniversary.

The presentation took place at Mr Bydder’s home in Seaford with his wife, Normie, and their fluffy family pooch, Millie, by his side.

Mr Bydder then shared stories about his experiences as a wireless air gunner (WAG), including his time at No 1 WAG School in Ballarat where learning Morse code was a key part of the training.

Mr Bydder also spoke about his time with the 2/8th Field Regiment artillery division in the Army, where he guided large guns during the Battle of El Alamein in World War II, crediting the continuous firing during that time to his now increased loss in hearing.

He was excited to tell the group of the opportunity he had to return to El Alamein in 2011 with the only other surviving member from the 2/8th Field Regiment.

A Channel Nine reporter interviewing Mr Bydder for his birthday asked him how he’d managed to get to 100.

Mr Bydder replied: “All you have to do is keep breathing”.

Mr Bydder heads down to either the shop on his mobility scooter or play lawn bowls with his friends twice a week.

Air Commodore Frisina said he appreciated Mr Bydder’s humour and was amazed he had remained so active for a man of his age.