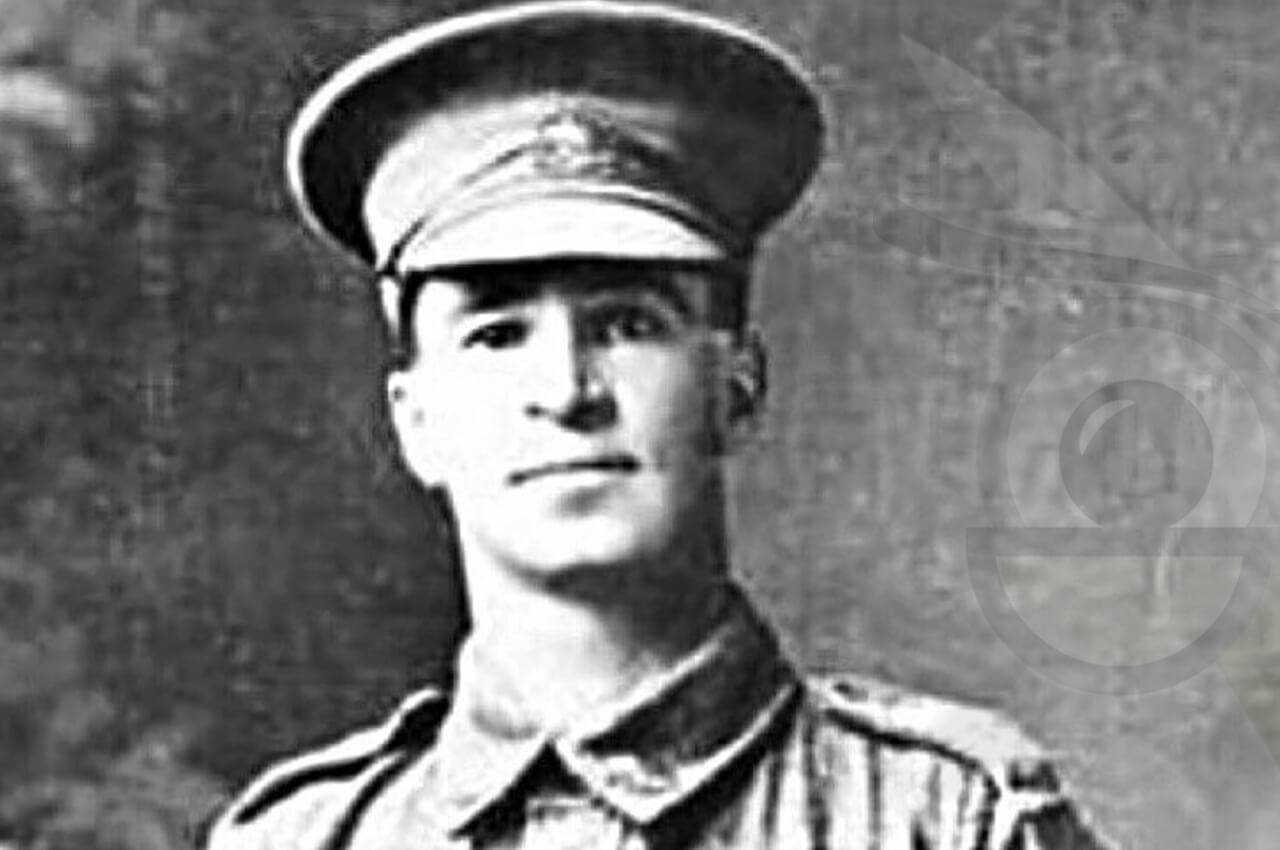 2 SEP 1918: World War I and Corporal Lawrence Carthage Weathers, 43rd Battalion, originally from Te Koparu, New Zealand, earns the Victoria Cross at Péronne. Lawrence Weathers was born in Te Kopuru, near Dargaville, New Zealand, on 14 May 1890. His parents were originally from Australia and returned there when he was seven years old.

The family settled in rural South Australia and Weathers was educated at Snowtown Public School. After leaving school he worked as an undertaker in Adelaide. In 1913 he married Annie Elizabeth Watson, and the couple had two children.

His elder brother was killed during the Gallipoli Campaign.

In early 1916, Weathers enlisted in the Australian Imperial Force and was posted to 43rd Battalion. He embarked for England for further training in June 1916, and reached the Western Front in November. He took ill in early 1917 and was hospitalised for several weeks.

He returned to the front lines in time to participate in the Battle of Messines during which he was wounded. He did not return to his unit until December 1917. He was promoted to lance corporal in March 1918 and two months later, required medical treatment following a gas attack near Villers-Bretonneux.

During the Battle of Mont Saint-Quentin, the 43rd Battalion was involved in fighting around the village of Allaines, near Mont St. Quentin, on 2 September 1918. The defending Germans proved difficult to remove.

Weathers went forward to the German positions on a sole foray with bombs (grenades), and killed several defenders, including the commander. He exhausted his supply of grenades and returned to his battalion lines to retrieve more.

Accompanied by three more men, he returned to the German positions and resumed bombing the trenches with his three companions providing cover fire. His bombing efforts distracted the Germans long enough for a platoon to capture the position and 180 defenders.

He was recommended for the Victoria Cross (VC), the citation for which reads: “For most conspicuous bravery and devotion to duty on the 2nd September, 1918, north of Peronne, when with an advanced bombing party. The attack having been held up by a strongly held enemy trench, Corporal Weathers went forward alone under heavy fire and attacked the enemy with bombs. Then, returning to our lines for a further supply of bombs, he again went forward with three comrades, and attacked under very heavy fire. Regardless of personal danger, he mounted the enemy parapet and bombed the trench, and, with the support of his comrades, captured 180 prisoners and three machine guns. His valour and determination resulted in the successful capture of the final objective, and saved the lives of many of his comrades.”

Less than a month later, Weathers received serious wounds north-east of Peronne during an artillery barrage. He died three days afterwards on 29 September 1918 without knowing he would receive the VC, the award of which was gazetted on 24 December 1918. He is buried at the Unicorn Commonwealth War Graves Commission Cemetery, Vendhuile.

He was survived by his wife and children and his VC is currently in the hands of a private collector. More; http://ow.ly/RD8xK