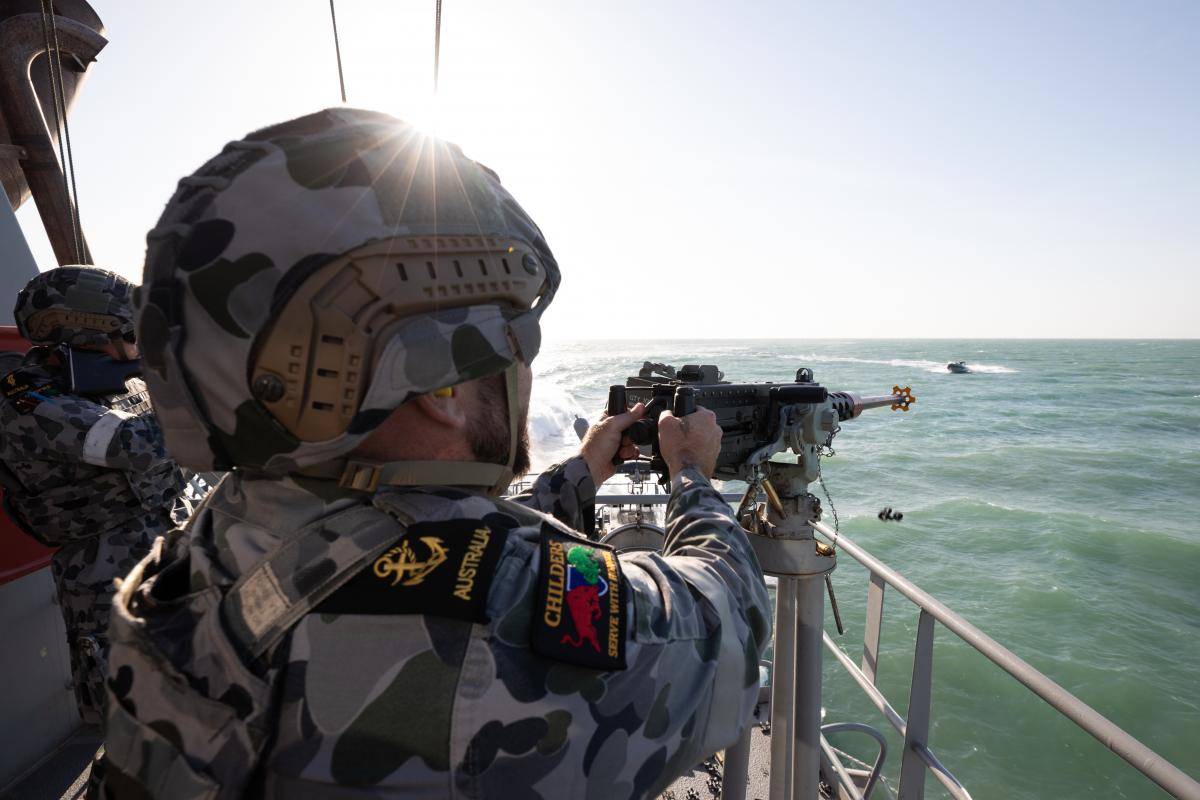 HMA Ships Childers, Launceston, Glenelg and Wollongong took the opportunity to practise the warfighting aspect of their roles in a recent exercise.

Held in and around their home port of Darwin at the end of August, the exercise also built on their ability to operate in-company.

Captain Patrol Boats Captain Melanie Verho oversaw the exercise while the group conducted a ‘breakout’ of Darwin Harbour under a simulated maritime threat ahead of HMA Ships Canberra and Anzac, which were departing Darwin for another mission.

“Navy is advancing through the development of self-supported and sustainable maritime task groups capable of accomplishing the full spectrum of maritime security operations,” Captain Verho said.

“Armidale-class patrol boats are highly capable and versatile minor war vessels, able to undertake a wide variety of tasks, in conjunction with other government agencies, contributing not only to civil maritime security operations, but to Navy’s warfighting mission.

“While the primary role of these vessels is to support border protection operations, they bring a unique set of capabilities, supporting task group operations, including close-range defence, littoral manoeuvre, scouting and surface warfare.”

“Patrol boats normally operate alongside Border Force, Australian Fisheries and the Australian Federal Police in a constabulary role, however, the Patrol Boat Concentration Period allows us to practise the warfighting aspect of our role we don’t see as often in our day-to-day taskings,” Lieutenant Commander Paterson said.

“It was the first time we’ve been able to conduct this sophisticated coordinated gunnery, protecting a simulated high-value unit with our 25mm M142 bushmaster autocannons.

“Another key aspect we exercised was operating and coordinating together in a clandestine posture. Patrol boats can operate incognito when we want to – we can conduct ‘silent’ navigation, where we switch off a lot of our emitters and sensors, including radar and GPS, to hide.

“We can navigate and operate around the world in this way, which allows us to support maritime task group operations quite effectively.”