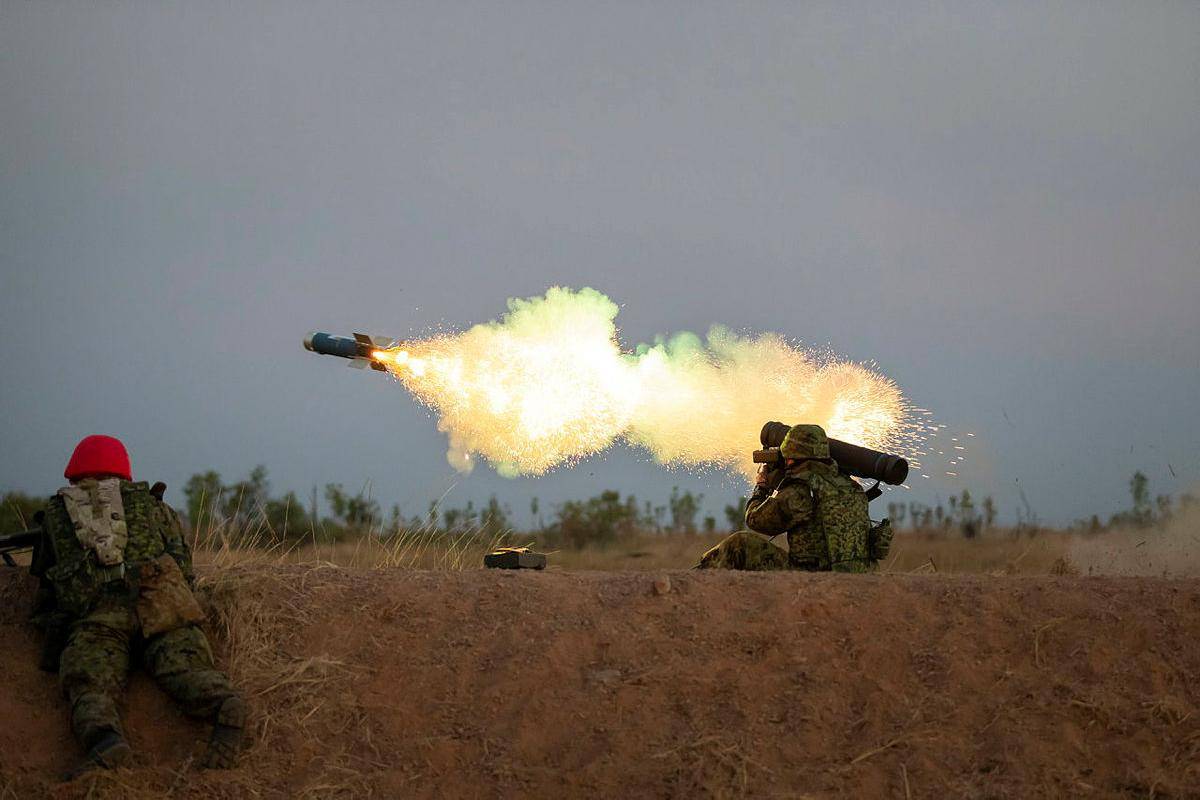 With more than seven live-fire traces open simultaneously, the culminating activity of Exercise Southern Jackaroo, held from June 15-24, took months to plan, and included forces from the US Marines and Japan Ground Self-Defence Force.

“I didn’t realise I would actually get to fire a Javelin on this exercise,” Private Hannam said.

Private Hannam’s action involved a direct attack while the US Marines, just meters away, simultaneously fired a top down attack.

A coordinated fire mission from Australian MAG 58 and US .50cal machine guns followed against targets on the adjacent hillside.

“Japanese soldiers do not fire the same amount of ammunition on our live fire ranges so they do not get to change barrels very often,” Major Matsuda said.

Japanese forces also took advantage of the larger Australian ranges on day one, firing their Type 01 LMAT anti-tank missile at moving targets for the first time.

It was also the first time snipers from the three nations participated in a two-day, live-fire practice, which included moving targets travelling up to 40kmph and long-range shooting beyond 2km.

Australian and US gunners from 103 Battery and US Marine Corps Mike Battery used the exercise to test a digital link between gun detachments, according to Bravo Detachment Commander Bombardier Eduardo Osborne.

“There’s a digital radio inside the gun that can send trajectory and elevation information between computers,” Bombardier Osborne said.

While the exercise aimed to develop a combined arms relationship between militaries, there were also personnel exchanges, according to 5RAR Lance Corporal Joshua Young, who worked with Japanese and US forces at the urban training facility.

“We showed them how we did our individual up to section level SOPs, like quartering drills and signals, so they could operate without talking,” Lance Corporal Young said.

Soldiers practised urban clearances and explosive breaching serials, and received a visit from Chief of the Defence Force General Angus Campbell who spoke about the importance of Australia’s strategic partnerships.

US Marine Rotational Force–Darwin Commanding Officer Colonel David Banning said Exercise Southern Jackaroo was a key exercise for the United States Marines based in Darwin with the rotational force.

“This is a critical building block in terms of our ability to gradually increase the complexity of what we’re doing with our partners,” Colonel Banning said.

“We’re focused on maintaining our tactical capability so we have the flexibility to respond to whatever situation we might encounter.”

The US Marines will participate in exercises Talisman Sabre and Koolendong in the coming months. The Japanese forces will return home in early July.