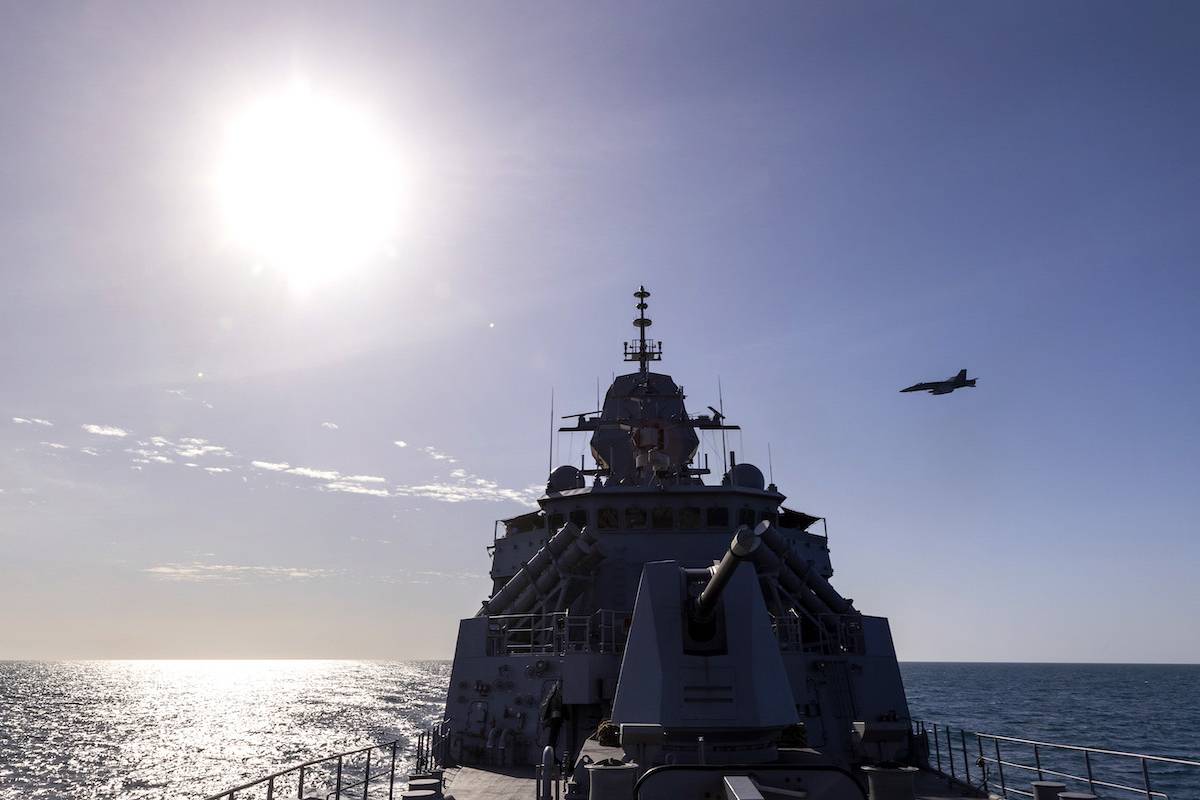 This was the fourth iteration of the biennial maritime series between Australia and India and the first to be held in the Top End. India hosted AUSINDEX in 2019.

RAN officer of the watch Sub Lieutenant Declan Smith said the bilateral exercise provided an opportunity to hone interoperability with their counterparts in the Indian Navy.

“This exercise is the culmination of a busy work-up period for Warramunga and her crew. It presents the ideal stage for the ship to showcase its ability to integrate in a collaborative setting with Shivalik and Kadmaat,” Sub Lieutenant Smith said.

The maritime exercises included communication, maritime manoeuvres, and combined warfare serials aimed at providing both navies with a deeper understanding of how to best work together.

Able Seaman Communications and Information Systems Jamie Green, of Warramunga, said it was always exciting working with other countries.

“Having the opportunity to work in conjunction with our Indian counterparts has given the Warramunga communications’ team an excellent insight into the way in which our allied partners operate at sea,” Able Seaman Green said.

AUSINDEX 21 included a contactless, COVID-safe harbour phase in Darwin, followed by a sea phase in the North Australian Exercise Area.

First held in 2015, AUSINDEX has increased in complexity with each iteration.

More photographs can be viewed on the Defence image gallery.

Gongs remains open and fully operational during current pandemic restrictions. State and regional COVID lockdowns have caused unprecedented delivery demand - unfortunately, deliveries into some parts of Australia with all carriers are delayed by up to a week. Please order early. . Dismiss