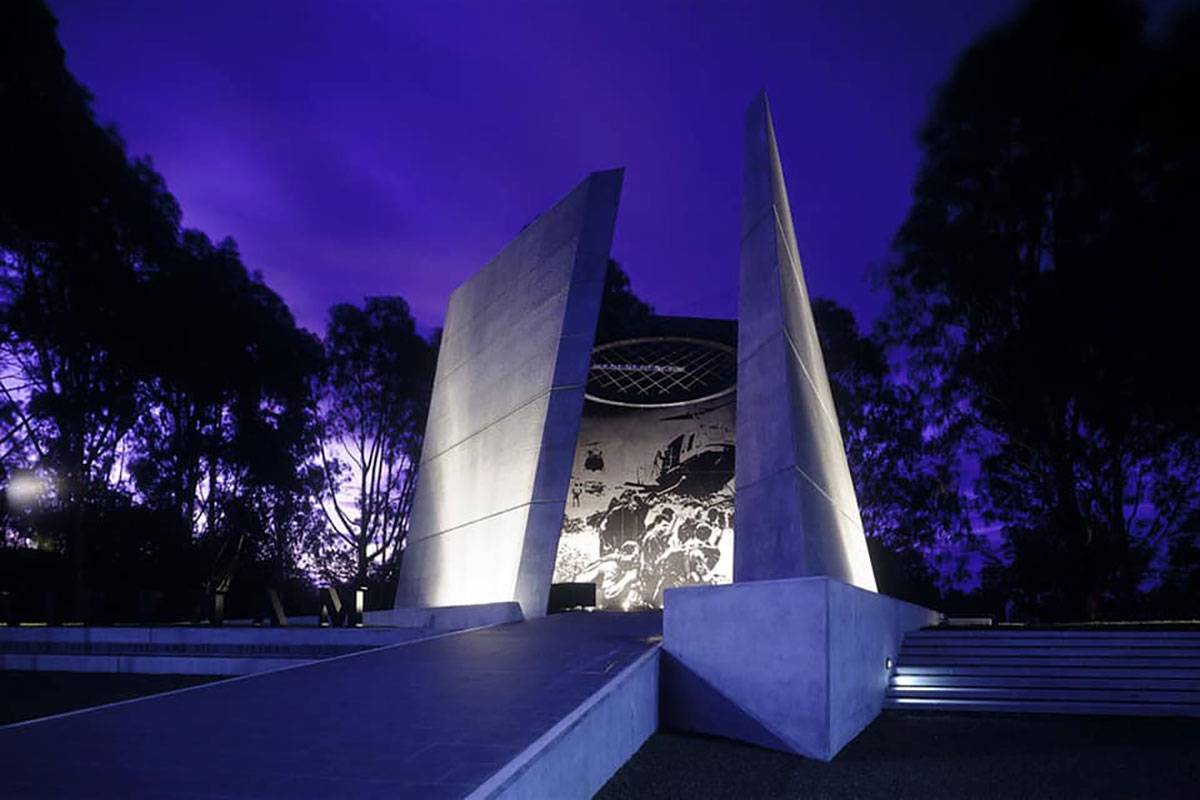 Today 1535hrs 11 Platoon D Coy 6RAR has their first contact at a track crossing for the ensuing battle in the rain and mud of the Long Tan rubber.

We remember the contribution of Australia and New Zealand’s finest through the gruelling years of the Viet Nam conflict.

The Australian Vietnam Forces National Memorial is on Anzac Parade, the principal ceremonial and memorial avenue in Canberra, the capital city of Australia.

The design includes three concrete stelae, rising from a shallow moat, form the dramatic centre and enclose a space for quiet contemplation.

A low stone block is both a seat and a place for laying memorial tributes.

Fixed to the right wall are 33 inscriptions, quotations intended to recall events of military and political importance. The photograph etched on the rear wall shows Australian troops waiting to be airlifted to the Australian base at Nui Dat after Operation Ullmarah. The walls offer anchors for wires that suspend a halo of stones: A scroll containing the names of Australians who died in Vietnam is sealed into one of the stones.

Six seats surround the memorial, each dedicated to an Australian serviceman missing in action in Vietnam.

The memorial was designed by Tonkin Zulaikha Harford in association with sculptor Ken Unsworth AM, and built largely from funds donated from the public to the Australian Vietnam Forces National Memorial Committee.