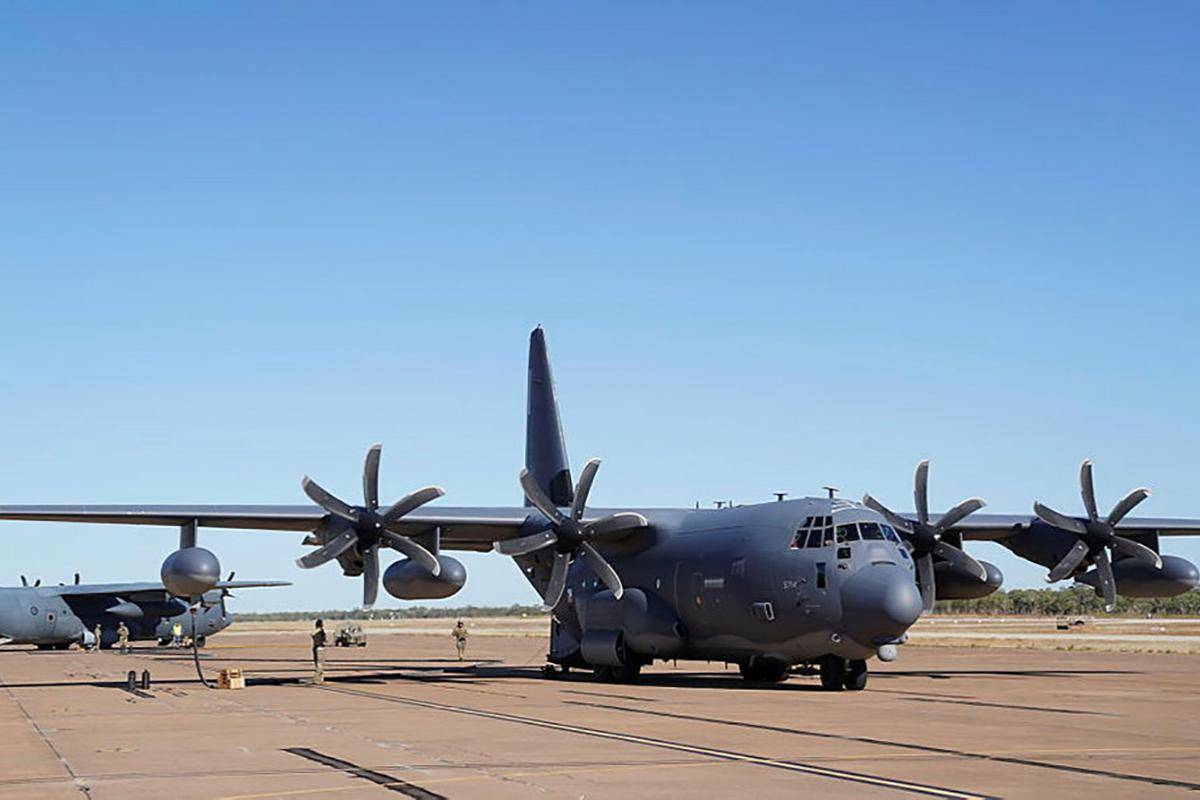 There were a number of firsts for Air Force during Exercise Talisman Sabre 2021, from the transfer of fuel from a United States Air Force aircraft to the deployment of mobile aircraft arrestors.

A United States Air Force (USAF) aircraft crew transferred fuel to a RAAF aircraft in a forward arming and refuelling point (FARP) operation for the first time when a USAF MC-130J Commando II crew refuelled a RAAF C-130J Hercules during the exercise.

Air Force’s No. 37 Squadron practised the fuel transfer at RAAF Base Tindal.

In a real-world scenario, FARP operations allow aircraft like the Hercules to land at a forward airbase and provide essential services, including refuelling and re-arming of aircraft.

Commanding Officer No.37 Squadron Wing Commander Anthony Kay said establishing a FARP at a remote airfield in Australia or throughout the Indo-Pacific region was an important capability for joint operations because it added flexibility and range to force projection.

“The experience will be valuable in future exercises and operations.”

Meanwhile, once the bare base RAAF Base Scherger was declared operational during Talisman Sabre, a mobile aircraft arrestor system (MAAS) was deployed for the first time.

The MAAS has a strong cable, suspended just above the runway, to hook and stop landing jets.

The MAAS can be deployed to airfields with no existing arrestor system, increasing the RAAF’s capability in remote areas.

Aircraft arrestor systems Sergeant Aaron Fuller said the arrest of an F/A-18F Super Hornet at the Far North Queensland bare base was testament to the professionalism and hard work of his team.

“The arrest was textbook, to the credit of the pilot and the MAAS crew. The aircraft was cleared and the system reset, ready for another arrest in minimal time,” Sergeant Fuller said.

“It was definitely a challenging installation from the moment we arrived in Scherger until the arrest.”

Conducted at RAAF Base Amberley on July 23, the demonstration followed a series of similar trials by United States Air Force (USAF) C-17A.

HIMARS is a ground-based vehicle and trailer that is capable of launching guided rockets up to 300km.

Officer Commanding No. 86 Wing Group Captain Anthony Bull said while the capability was not yet fully operational, the activity further established how the RAAF could integrate with US Armed Forces in the future.