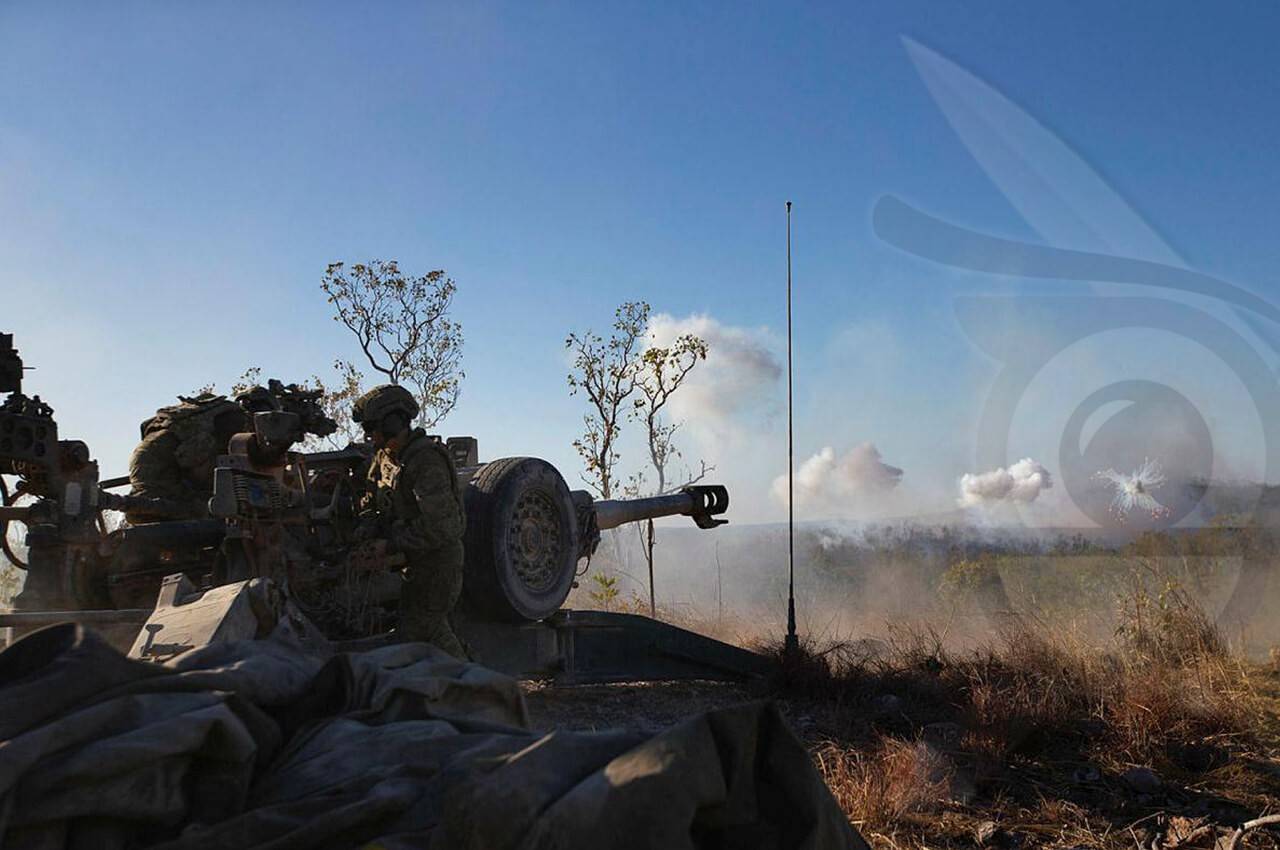 The sun was beating down on Mount Bundey Training Area when soldiers from the 8th/9th Battalion, The Royal Australian Regiment (8/9 RAR), assaulted an enemy vehicle parked atop a rocky hilltop during Exercise Koolendong.

Breaching a barbed-wire obstacle 130 kilometres south-east of Darwin, Northern Territory, the soldiers charged up the steep embankment, throwing smoke grenades ahead of them, the Top End red dust mixing with the yellow and green mist.

Major Pat D’Arcy, Officer Commanding Alpha Company 8/9 RAR, said the live-fire serial was the culminating activity for the Australian Army, the United States Marine Rotational Force – Darwin (MRF-D) and the French Armed Forces of New Caledonia had been working to on Exercise Koolendong.

“The activity for Alpha Company began with MV22 Ospreys inserting us onto a landing zone, several kilometres from our objective,” Major Pat D’Arcy.

“As we manoeuvred to our objective atop the hill, we were supported by direct fires from the United States Marines and indirect artillery fire from both Marines and the Australian 8th/12th Regiment.

“The French, who are were also attached to my callsign, then manoeuvred to clear another objective. Working together, the Australian and French soldiers, with fire support from the marines, we were able to achieve our objective and take the hilltop.

“Our team did really well, the environment is harsh but the team kept its momentum and the safety supervisors from 5th Battalion maintained order to ensure a safe activity was conducted.”

“We were in direct support of the Australian Defence Force and the French,” Sergeant Hardin said.

“It’s been a good experience all round.”

Exercise Koolendong ran from August 21 to 29 and was designed to enhance MRF-D and ADF interoperability and readiness to respond to regional crises.