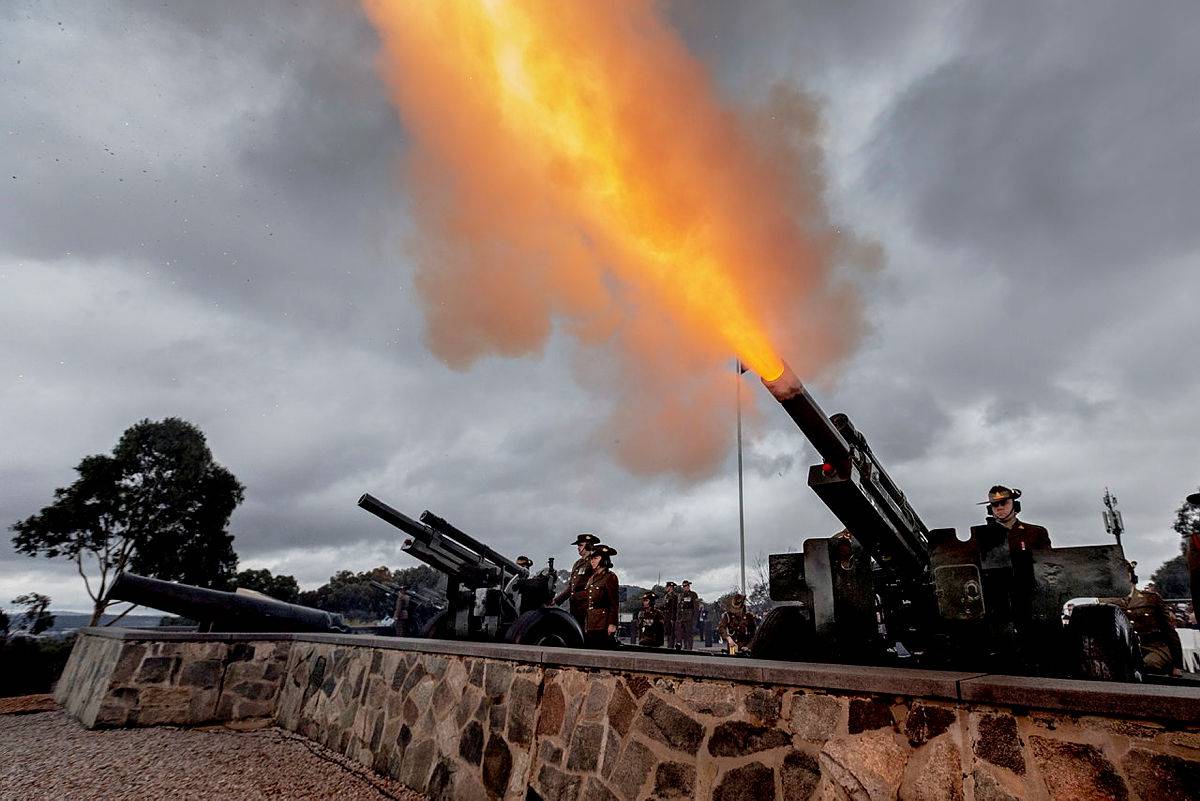 By the end of 1870, as British forces withdrew, the separate colonies of Australia each became responsible for providing its own defence.

Prior to 1871, all Australian colonies had their own volunteer artillery batteries to augment permanent garrisoned British forces.

The departure of the British batteries meant the loss of artillery technical proficiency. Colonies needed their own permanent artillery forces to sustain the necessary expertise, particularly for the defence of their ports.

The story of today’s Australian Artillery originates on August 1, 1871, when the NSW Colonial Government funded and raised its first permanent battery.

Soon after, the other colonies raised permanent batteries to complement their volunteer and militia batteries, as the demands for self-defence grew across Australia.

Eighteen months before Federation, Queen Victoria conferred the title of Regiments of Royal Australian Artillery on the permanent artillery units of the Victorian, Queensland and NSW colonies from July 14, 1899.

It foreshadowed cooperation across the colonies to establish a coherent, modern and capable Australian artillery force.

In the years that followed, these regiments combined with all other Australian artillery forces.

The power of artillery on the battlefield is built on a uniting philosophy of rapidly combining the target effects of many units as one through command and control.

Over 150 years of distinguished service, this united group has evolved to become today’s Royal Regiment of Australian Artillery.

August 1, 1871, unites all regiments and gunners, serving and retired, across all states and territories, as the date that captures and symbolises the beginning of the Australian Artillery.

The August 1, 2021, anniversary recognised and celebrated the 150 years of distinguished service of the Australian Artillery.

It’s because of artillery’s widespread and diverse role that the Royal Australian Artillery has one single battle honour royally conferred, which is also its motto: Ubique – that is, “everywhere”.