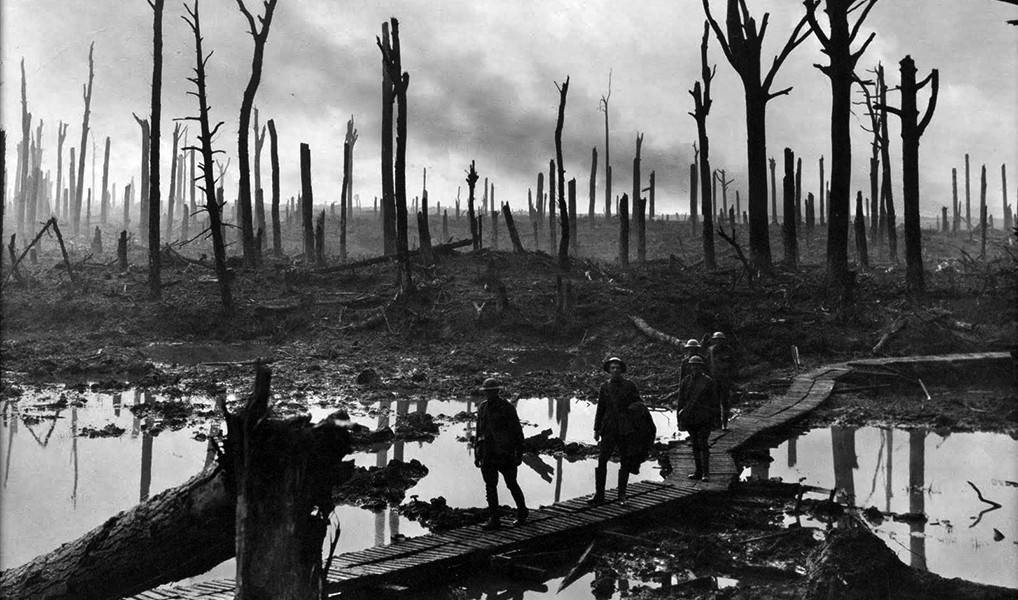 The Third Battle of Ypres was the major British offensive in Flanders in 1917. It was planned to break through the strongly fortified and in-depth German defences enclosing the Ypres salient, a protruding bulge in the British front line, with the intention of sweeping through to the German submarine bases on the Belgian coast.

The battle comprised of a series of limited and costly offensives, often undertaken in the most difficult of waterlogged conditions – a consequence of frequent periods of rain and the destruction of the Flanders’ lowlands drainage systems by intense artillery bombardment.

As the opportunity for breakthrough receded, Haig still saw virtue in maintaining the offensives, hoping in the process to drain German manpower through attrition.

Australian Divisions participated in the battles of Menin Road, Polygon Wood, Broodseinde, Poelcapelle and the First Battle of Passchendaele.

In eight weeks of fighting Australian forces incurred 38,000 casualties. The combined total of British and Dominion casualties has been estimated at 310,000 (estimated German losses were slightly lower) and no breakthrough was achieved.

The costly offensives, ending with the capture of Passchendaele village, merely widened the Ypres salient by a few kilometres. Photo: Soldiers of an Australian 4th Division field artillery brigade on a duckboard track passing through Chateau Wood, near Hooge in the Ypres salient, 29 October 1917. The leading soldier is Gunner James Fulton and the second soldier is Lieutenant Anthony Devine. The men belong to a battery of the 10th Field Artillery Brigade. More; http://ow.ly/dKXB30682Jr

My great grandfather was shot in the back at Menin Road on 23SEP17. Survived.