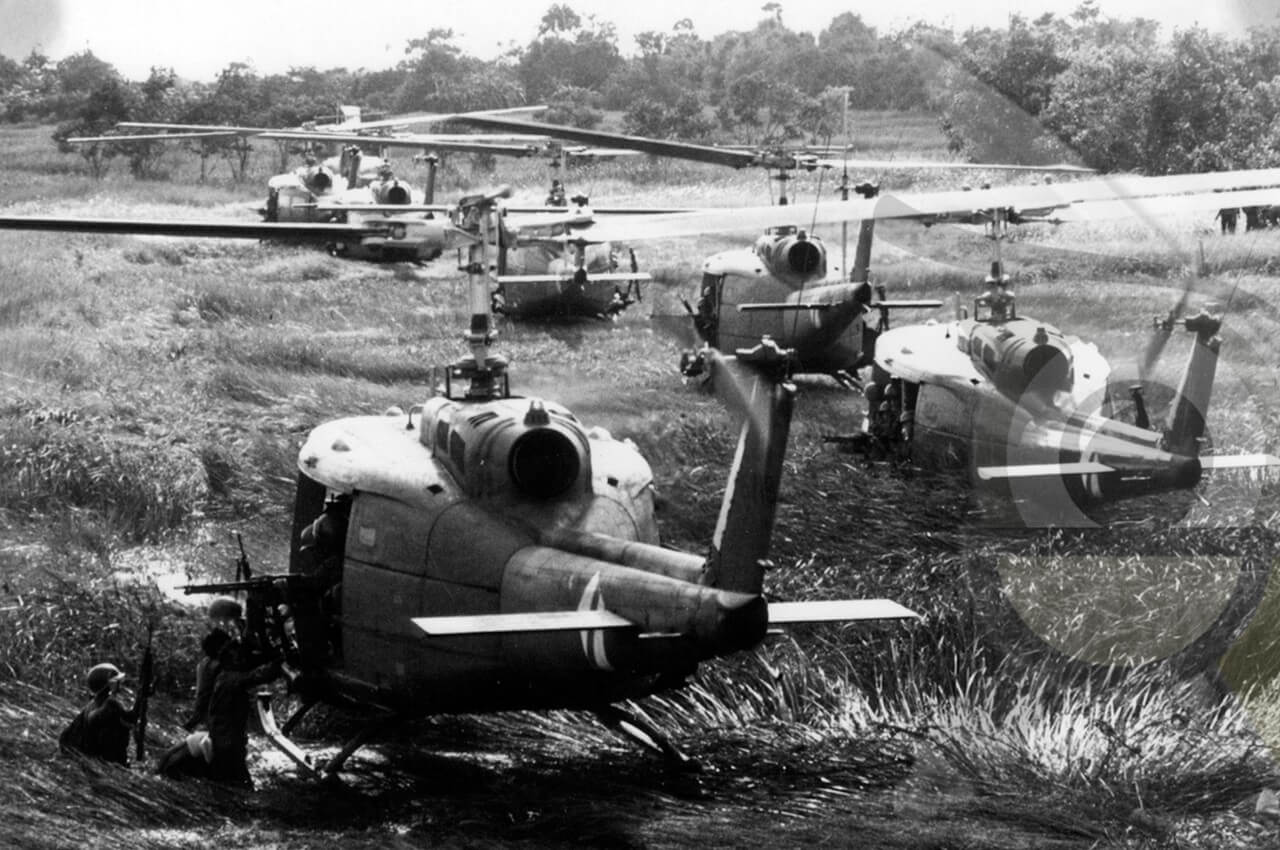 The extraordinary gallantry displayed by members of RAN Helicopter Flight Vietnam in South Vietnam from October 1967 to June 1971 is being recognised by the Unit Citation for Gallantry.

Veterans who served with RAN Helicopter Flight Vietnam in the period from 1 October 1967 to 8 June 1971 are entitled to wear the Citation insignia with Federation Star. Link to page.

The insignia of a Unit Citation for Gallantry is a gilt rectangular frame surrounding a deep green ribbon. The frame has a design of flames emanating from the outer edges of the frame to the centre.

The actual citation is a warrant presented to the unit. Insignia are worn by individuals to denote their membership of a unit that has been awarded a citation. Personnel cannot be issued with the insignia until the authorised unit representative, normally the CO, has been formally invested with the citation.

In the case of awards made in recognition of past conflicts, the insignia can be applied for, issued and worn following formal announcement of the Governor-General’s approval of the award in the Commonwealth of Australia Gazette.

Personnel who were members of the unit when an award was made wear a Federation Star in the centre of the ribbon and continue to wear the insignia after leaving the unit.

Members of uniformed services wear the insignia in accordance with the dress rules of their Service. In civilian dress serving and ex-serving personnel generally continue to wear these insignia in the same way as they are worn on uniform.