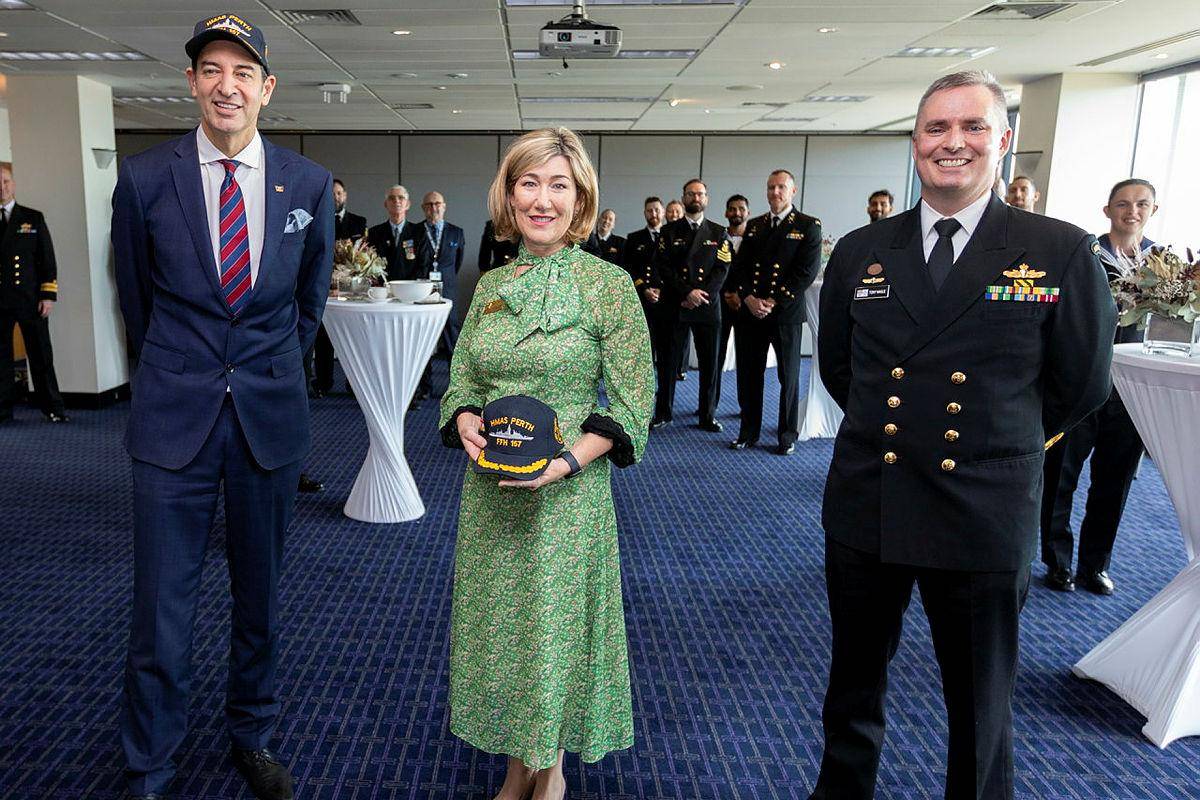 The crew of HMAS Perth met with Lord Mayor of Perth Basil Zempilas and CEO of the city of Perth Michelle Reynolds on May 28 at Council House.

The new crew transferred from HMAS Arunta earlier this year.

Perth is currently out of the water as it progresses through the Anzac Midlife Capability Assurance Program upgrades.

The crew is eagerly awaiting the ship’s return to the water in late June – a major milestone towards completing the capability assurance program upgrades later this year.

The vessel is the fourth of eight Anzac-class frigates to undergo this major capability upgrade.

Commanding Officer Perth Commander Tony Nagle said the visit to the lord mayor and CEO was an important opportunity to strengthen the ship’s relationship with the city of Perth, the ship’s namesake.

“For those serving in the Navy, it’s a unique experience for our ship to be home-ported in the city for which the ship is named,” Commander Nagle said.

“The ability for our ship to remain engaged with its city namesake is very important to us and we look forward to being able to build an even stronger connection as we prepare to return the ship to sea and to operational service.”