IMPORTANT: REMEMBER. ALL COURIERS AND AUSTRALIA POST DELIVERIES ARE SUBJECT TO SERIOUS DELAYS … 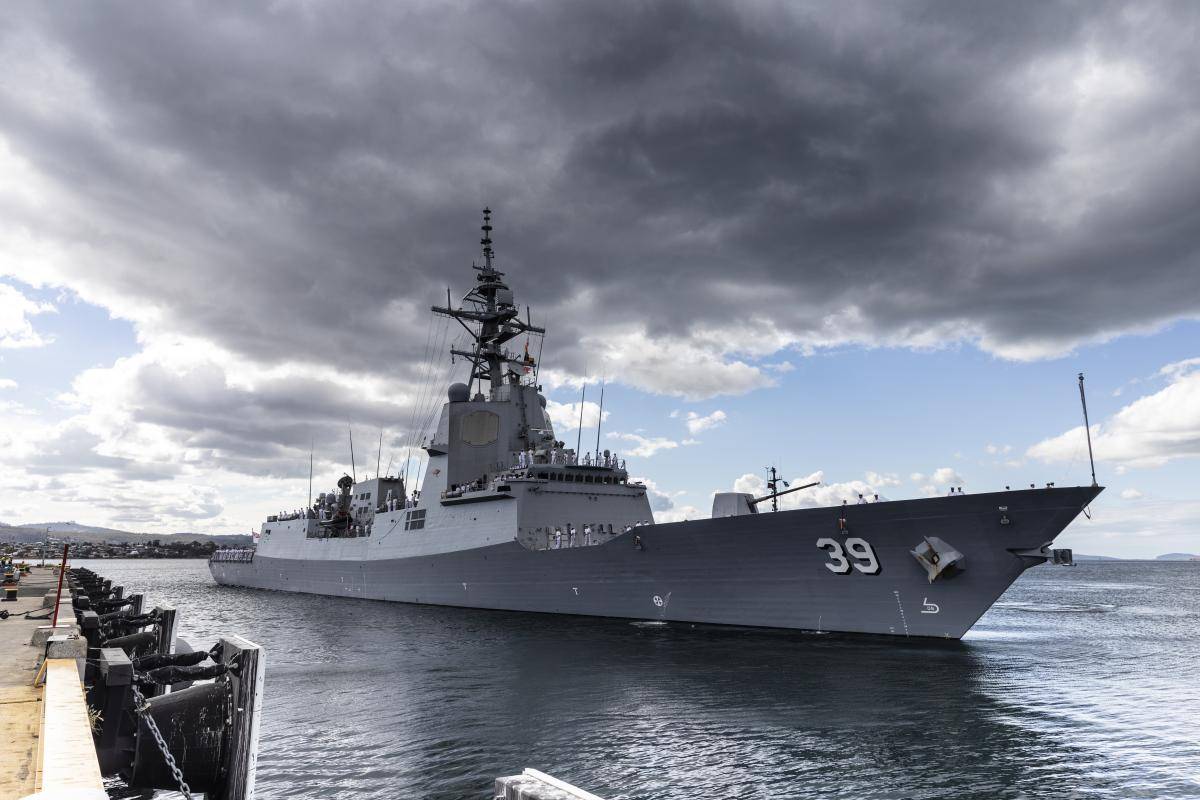 No stranger to the region, Commanding Officer HMAS Hobart Commander Andrew Pepper said it was an honour to support such a vibrant community event.

“It’s a great feeling sailing home to Tasmania and I know the crew were looking forward to their time there,” Commander Pepper said.

“This year was particularly special with local crew able to spend time ashore seeing family and friends, and for the rest of the crew to just experience the great city of Hobart.”

The crew of HMAS Hobart also took the opportunity to present a fundraising cheque to the Hobart’s Women’s Shelter.

Janet Saunders from the Hobart Women’s Shelter said HMAS Hobart’s generous support was very well received and she thanked the crew for thinking of the women and children.

“The funds will be used to go towards a project we are embarking on to build 25 homes over three years for women and children facing homelessness,” Ms Saunders said.

The Royal Hobart Regatta is steeped in tradition and provides three days of fun events and activities.

President of the Hobart Regatta Association Mr David Skegg said the Regatta is a deep part of Hobart’s psyche.

“Everyone from here remembers the regatta for one reason or another, it’s a huge event drawing in over 30,000 people every year,” Mr Skegg said.

Competitors and spectators let their hair down on Sunday night with the Royal Australian Navy Band of Tasmania playing classic rock covers on the banks of the Derwent River to bring the event to a close.

Apologies ... our mail server is not behaving well. We can get mail to you - but we cannot always get email in - if your email bounces back to you, please use this address - [email protected] - thank you for understanding. Dismiss