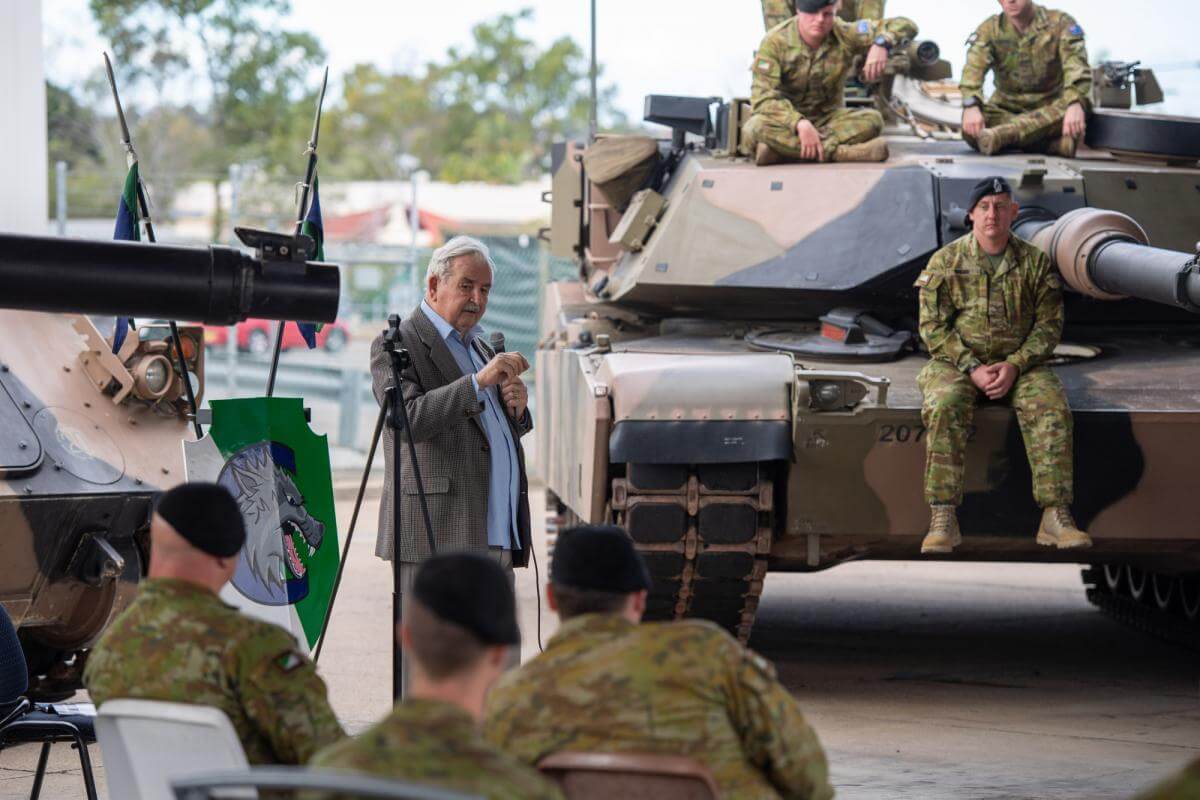 With 160 years of history to its credit, the 2nd/14th Light Horse Regiment often looks to its forefathers for inspiration.

A Vietnam War veteran who fought in the Battle of Binh Ba in June 1969, Ray De Vere gave a briefing earlier this month to attentive soldiers at Gallipoli Barracks, Brisbane, which proved to be educational and motivating.

The battle of Binh Ba was a major battle that saw Australian soldiers deliver a decisive defeat to the enemy. The three-day battle at the village of Binh Ba, some 5km north of the 1st Australian Task Force base at Nui Dat, involved Australian infantry from the 5th Battalion, Royal Australian Regiment, tanks from the 1st Armoured Regiment and M-113 armoured personnel carriers from the 3rd Cavalry Regiment.

It was unusual as it featured heavy house-to-house fighting instead of the usual jungle warfare. Such was the routing of the enemy that they were forced to temporarily leave the province of Phuoc Tuy.

Mr De Vere reinforced points he believes were vital in his troop’s victory in 1969, and said the visit to 2nd/14th Light Horse Regiment was a great opportunity to pass on lessons he learned on the battlefield.

“I can’t stress enough the importance of perfecting your basic skills and drills, and proper stowage of vehicles,” Mr De Vere said.

“If it’s drilled into you, you don’t have to think about what you have to do when you’re fighting.

“All the threats to your life can be countered by doing the right thing, at the right time, in the right way.”

Relationships formed in the tight-knit team were also paramount in his survival and their inevitable victory.

“The spirit and strong bond of an armoured vehicle crew is so important,” he said.

During his visit, the veteran met serving soldiers and walked away from the experience holding them in high esteem.

I was impressed by how professional they were, and I think our Army is in good hands with this new generation.

“Today’s soldiers have more opportunities for education and are very switched on,” Mr De Vere said.

“I was impressed by how professional they were, and I think our Army is in good hands with this new generation.”

“Hearing the experiences they went through, a lot of it is the same as what we go through.

“Especially from a troop commander’s perspective, you could hear what information he was getting, the information he wasn’t getting, and what he had to do to achieve not only victory but maintain positive control of the situation.”

“Newer soldiers don’t get enough exposure to people with actual combat experience, especially from a time like Vietnam,” he said.

“It was priceless getting that information and everybody got a lot out of it.”